This started as a blog about training together as a family, in part to inspire other women & families to get involved. As female participation in jiu jitsu has increased, as we have grown as athletes and as we learned that families training together aren’t such an anomaly, the blog has evolved. Jen gets personal with posts on ambition, challenges & achievements in BJJ, CrossFit & with nutrition, while Tom's posts are more educational, informative and analytical in regards to training. On occasion you may hear from the kids. 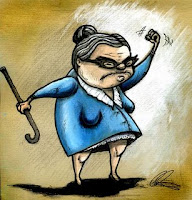 It's the one week countdown to 40. In some ways I feel as though I've been working towards this birthday since the Summer 2008 Olympics. Yes, this sounds cliché for a thirty-something year old woman to say, but Dara Torres was an inspiration to me.

She wasn’t alone. Less talked about Romanian Women's Marathon runner, Constantina Diţă, was also an influence. At 38 years of age, she became the oldest Olympic marathon champion in history. I was about to turn 38 at the time. These two women showed me that I still had a long way to grow in my athleticism.

I think the age thing is hard for younger athletes to understand. Take for instance the guy who weighed me in at the last Naga tournament. After looking at my driver's license, he apologized to me for having to write my age down. I told him that there was no need for the apology - I was proud to be woman competing at my age.

He just so happened to work the table across from the mat where I won my match. It took everything within me to keep from waving my medal in front of his face and telling him that "old chicks rule." Now I guess that wouldn't have been very mature for an old lady to do. I’ll just take comfort in the fact that he, too, will grow old one day and understand what it's like on this late side of 30.

I look forward to seeing what the next 40 years will bring. And 43-year old Dara has announced that she's training for 2012! More inspiration to keep me going!
Posted by BJJFamilyMatters.com at 9:23 PM 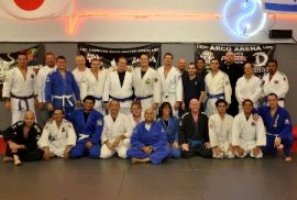 BJJFamilyMatters.com
We are Tom (age 44) and Jennifer (age 41). We have been training in Brazilian Jiu Jitsu with our daughter and son under Marcelo Meleiro since December 2008.